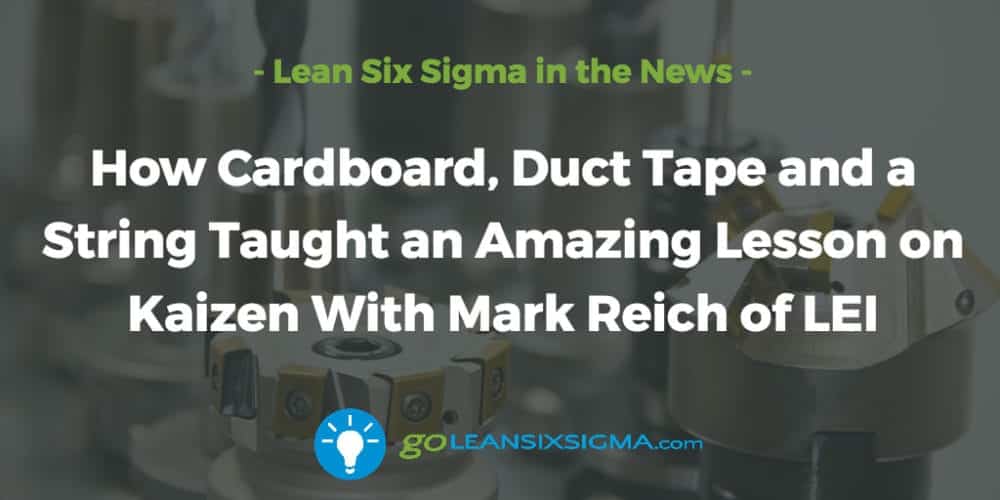 In a recent blog by Mark Reich, Senior Coach for the Lean Enterprise Institute, he harps on an experience circa 1994 where he reminisces on a life-long lesson on how a do-first mentality can bring more value to improving a process than coaching advice.

With no engineering experience, Reich, an English major in college, was thrusted into a role where Toyota was investing in him with hopes of developing him into a full-fledged Lean Practitioner, mentored by Mr. Yokoi.

With the new Toyota Supplier Support Center (TSSC) established in 1992, Mark went from a product-planning job to playing a role in transforming organization’s manufacturing operations from traditional ‘push-type manufacturing’ to a ‘pull system’ using the Toyota Production System. It was a large effort by Toyota to make their expertise in streamlining operations to anyone who asked.

“To this day, that idea seems a bit unreal to me,” Reich shares.

In Reich’s story, he shares his experience with Mr. Yokoi guiding him through this transformative experience where he learned about not only the importance of engaging with employees within the process, but taking the do-first mentality instead of pouring over ideas that may end up wasting time if the ideas fail to actually improve the process.

“Mr. Yokoi had taught me an amazing lesson in kaizen and in life,” Reich reminiscing over his memories with Mr. Yokoi.

So, don’t overthink numbers, take a hands-on mentality and find out how Mr. Yokoi sparked change in Mark Reich’s approach to kaizen with only cardboard, duct tape and string.