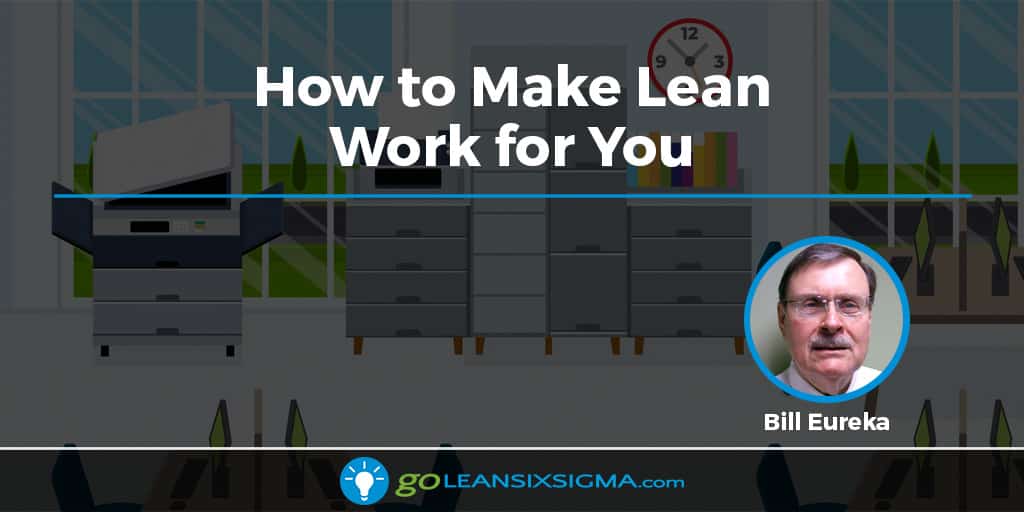 Lean manufacturing first became known in the late 1970’s as “Kanban” or “Just-in-Time,” and was often considered a distinctly Japanese approach for dealing with suppliers. Its application beyond Japan was doubtful, but over the years we learned that there was much more to what became known as the Toyota Production System (TPS).

We learned that it could work in America and Europe and that the basic principles could apply to all processes – manufacturing and transactional.

Toyota is widely recognized to be among the best of Japanese companies, and has freely contributed much of its Lean knowledge to the public domain. Many Lean proponents assert that it is universally applicable and yet, less than 20% of Japanese companies have successfully implemented Lean.

I had the good fortune to work with the Toyota Supplier Support Center (TSSC) in the early 1990’s when Toyota was striving to develop capable local suppliers after finding themselves under increasing pressure to source domestically. Lean did indeed work for most of these suppliers while others had less success.

They tried and failed…

Why did others fail? Several possibilities:

Anyone who has implemented Lean knows first-hand that it’s not a simple task and certainly some of the failures may be attributed to the first two reasons.

Dr. Eliyahu Goldratt, creator of the Theory of Constraints (TOC), author of The Goal and many other books, offers another explanation. His 2006 paper, Standing on the Shoulders of Giants, traces the experiences of Hitachi Tool Engineering in their Lean effort. I will summarize some of the key points here, blended with some of my own insights.

While Lean was initially thought to be a Japanese creation, its roots can be traced to the assembly line introduced by Henry Ford. Ford had the luxury of producing a single product – the Model T – for many years. In the early years it was also very limited in variety.

You can have any color you want, as long as it’s black. – Henry Ford

Toyota’s Taiichi Ohno (“Father” of Lean), studied the Ford system and sought to implement it at Toyota, but found that it didn’t fit well. Whereas Ford had high volume and limited variety, Toyota had much higher variety, and much lower volume of each car.

Instead of Ford’s assembly line, Mr. Ohno found inspiration in the American supermarket. While a far cry from automobile manufacturing, the principles of small volumes of many varieties that are replenished “just-in-time” blended well with the processes of Toyota.

Now here is the key point: there is no “one size fits all” when it comes to implementation. We need to start with the first principle and then adapt Lean to work for our organization. As Lean has evolved, many features have been added which has created a rich body of knowledge that can be intimidating. If we ask a Lean master what Lean is about, we might hear about the Toyota House or the Seven Wastes (Muda). These aren’t wrong, but they are not the first principle!

So what is Lean really about?

I contend that the first principle, and the foundation of Lean, is the concept of flow: keep the work moving. Everything else is in support of that principle. The work to be kept moving is that which supports the organization’s objective. In a for-profit manufacturing organization, the objective is to make products to sell at a profit. This principle is strengthened by applying a strict time horizon: the products should sell very soon, so we make them to fulfill current orders or those soon expected. This leads to a second principle: avoid overproduction – make what you need and nothing more.

The first principle, and the foundation of Lean, is the concept of flow: keep the work moving. Everything else is in support of that principle.

The basis of Lean is to make only what we can sell now and keep the work flowing until shipped. Everything else is in support of this approach. As we seek to achieve flow, we encounter a variety of disruptors, many of which are among the Seven Wastes. When encountered, we should reduce or eliminate them – not because they are fundamentally bad but because they get in the way of our success! We use the elements of Lean that help us and abandon those that don’t.

For instance, we use Kanbans to control or prevent overproduction, but they don’t work everywhere. In home construction, it wouldn’t make sense to have a Kanban of wet concrete, so we could pour foundations as needed, but we can certainly schedule concrete delivery when needed. We implement the underlying principle but suit method to our business.

For those blessed with high volume, the traditional approach to Lean may work well, but others need a different approach. Some of these environments include:

This is certainly not a complete list, but each of these has features quite different from automobile manufacturing.

The good news is that the principles of flow and overproduction avoidance still apply. What about the other aspects of Lean? Many of them are still useful, but with some adaptation. If you have long changeover times, Setup Reduction makes sense. Standard Work still applies, but may have to be focused at the machine or process level instead of the part level. 5S will help us better manage flow by getting rid of the clutter and making the operation more visible. In some environments the U-shaped cell works well while in others, simply finding a way to closely link the steps will suffice. In some instances, pull is already built into the process – we wouldn’t repair a car if it was not brought to us for that purpose.

Good quality is necessary for all applications – not because it is a fundamental good, but it disrupts our ability to be successful, either by blocking flow, creating returns or sabotaging future sales.

Don’t make it a religion!

Don’t blindly follow a dogma that says, “you must do it because it’s part of Lean” – focus on the flow of what you sell and go after anything that gets in the way! Waste elimination is a key principle of Lean, and some advocate Waste Walks, in which we tour the workplace looking for waste to eliminate. This can be helpful, but can also lead to local improvements that don’t really improve overall performance. Instead, focus on what helps you get a quality product shipped and paid for faster – that always makes a difference!

It all begins with your organization and what you do. Think of the body of knowledge we call Lean as a box of tools – yours to use as needed, but you don’t have to use every tool!

Make sure your actions are guided by facts and will lead to improvements in flow without overproduction.

Learn more about constraints and managing them by reading The Goal, which I consider must-reading for anyone in manufacturing. You’ll find Dr. Goldratt’s Five Focusing Steps to be wonderfully practical, and a perfect fit in most Lean implementations.