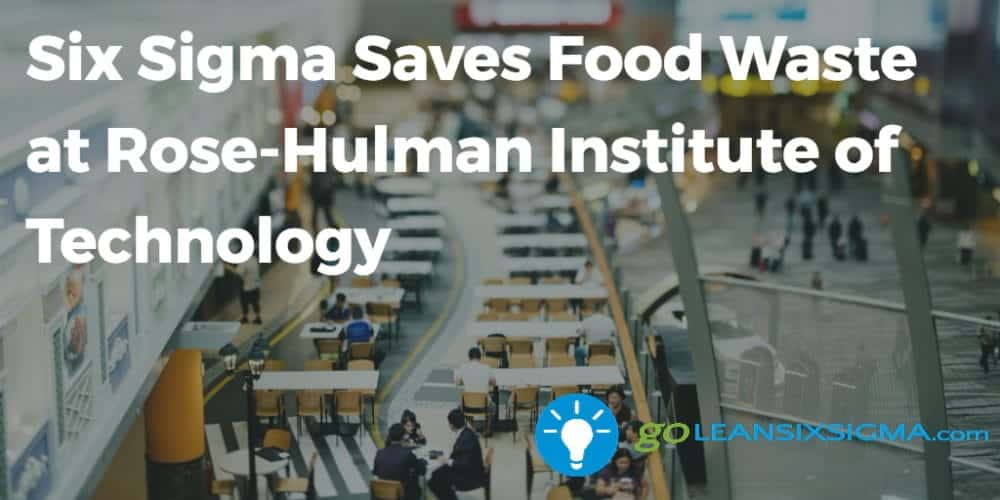 Food waste was becoming an issue at the Rose-Hulman Institute of Technology campus cafeteria, so students turned to Six Sigma. In their findings, the short lunch breaks led to people putting everything possible on their trays then deciding later if they were going to eat it or not. With the implementation of Six Sigma, they set out to help reduce waste at the Institute and the Wabash Valley. They quickly noticed that the majority of trays had a significant amount of food left on them. Limiting the number of plates, relocating serving locations and using smaller utensils were all suggested reduction methods, however going trayless had the biggest impact. Thanks to Six Sigma, the students not only reduced the amount of food waste but also helped feed students in less privileged communities by expanding the food share table program.