Lean Six Sigma isn’t just beneficial for business – it works great at home and in life! Here’s an example of how one family reduced their carbon footprint and saved money.

What Is a Carbon Footprint?

According to the Environmental Protection Agency, “carbon footprint” refers to the amount of greenhouse gases emitted into the atmosphere each year by…

It is usually measured in pounds of carbon dioxide equivalents, and it typically includes both direct and indirect emissions. Direct emissions, according to the EPA, are the ones that a person can directly control, such as driving a car or heating a home with natural gas. Indirect emissions are consequences of activities for which individuals can’t control the amount of emissions.

For example, homeowners can control the amount of electricity they use, but they can’t control the emissions that are associated with the generation of that electricity, because the electric company controls that. 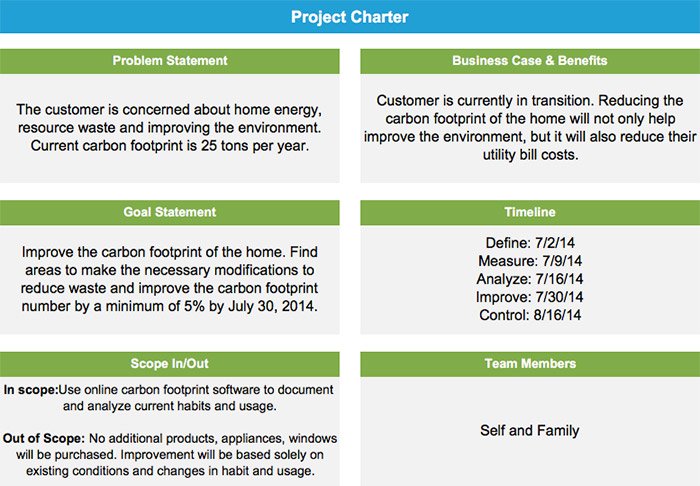 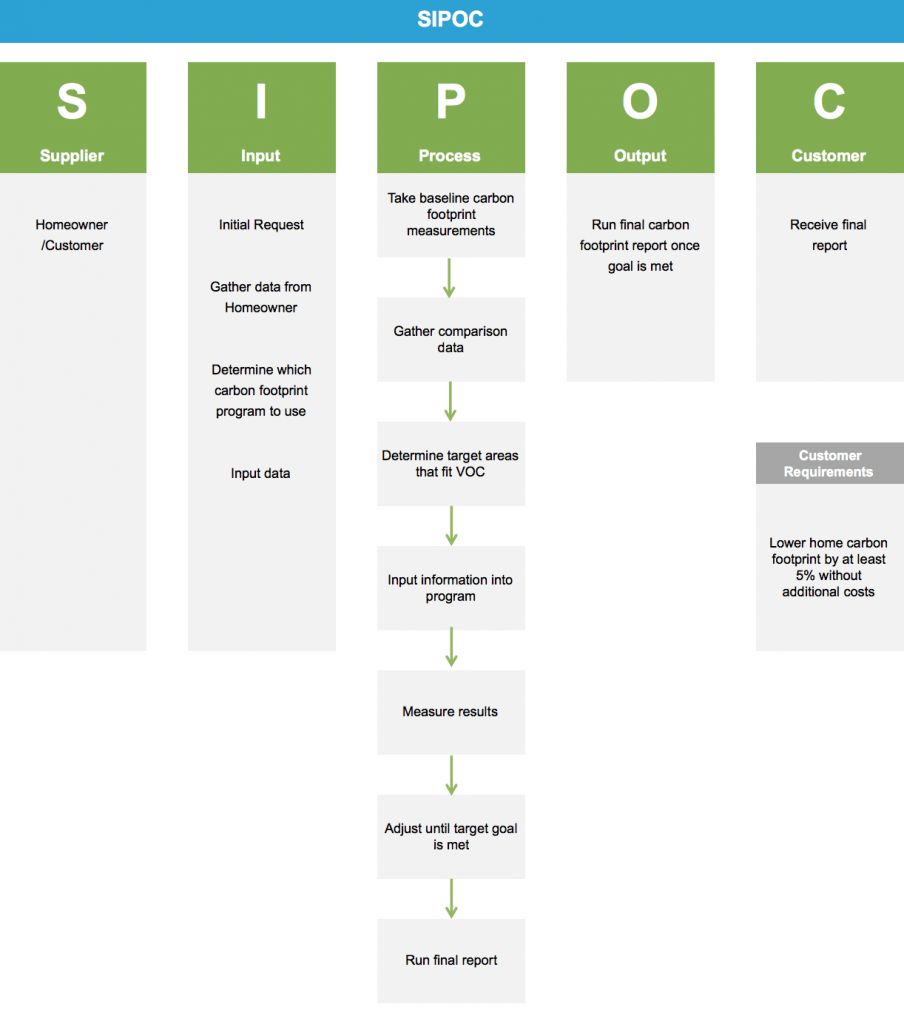 Carbon footprint measurements were based on the following data:

No historical data was available since this was the first carbon footprint reading for this home.

Data was captured and entered into the carbon footprint software. Data type is Continuous. 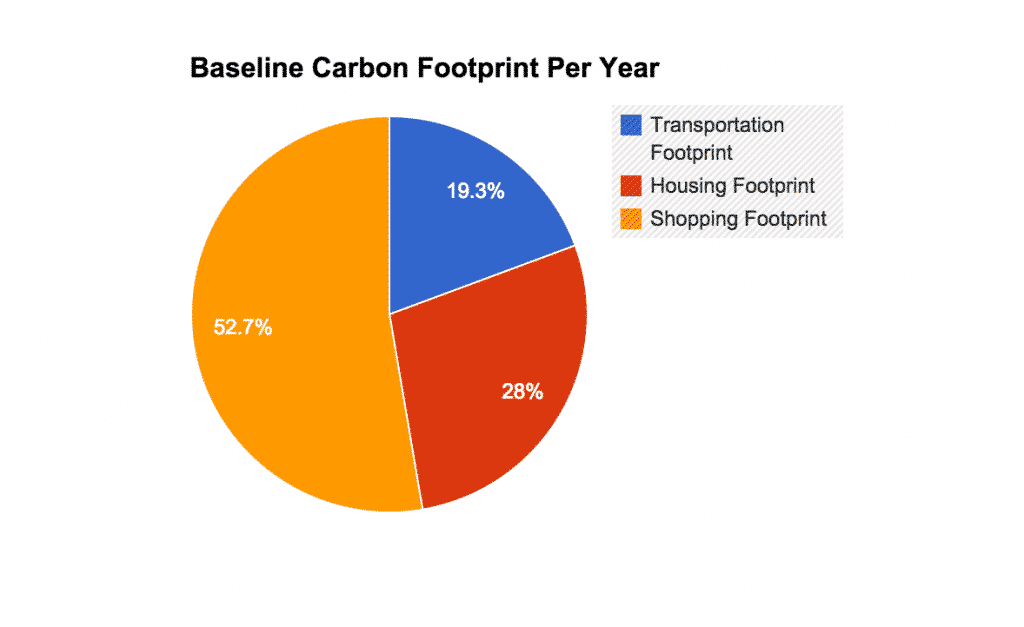 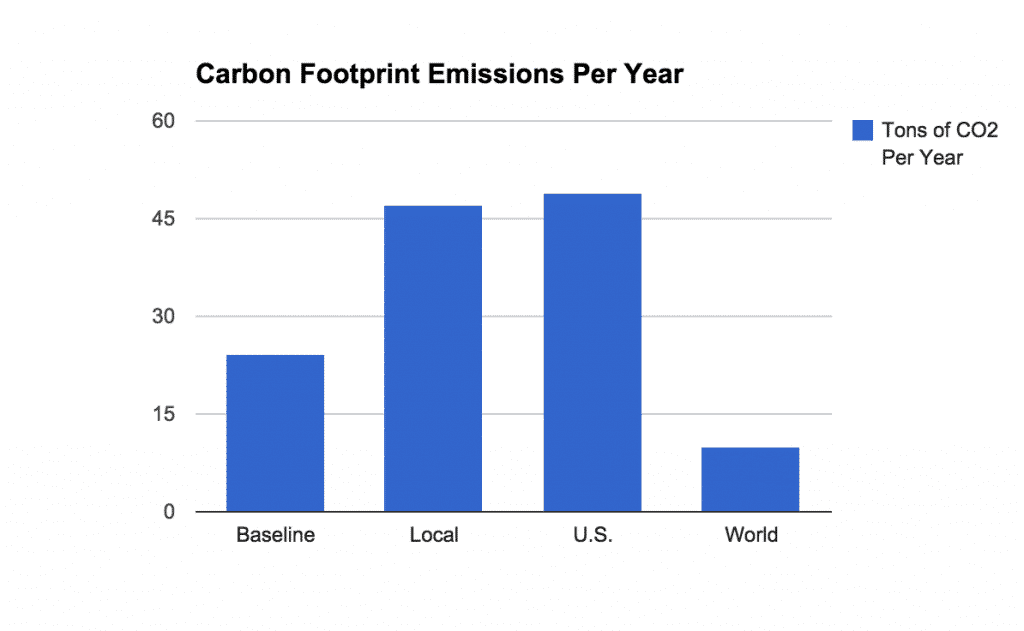 Although the baseline measurement of 24 tons is much better than the local and national averages, it is much higher than the World average of 10 tons of C02 per year. 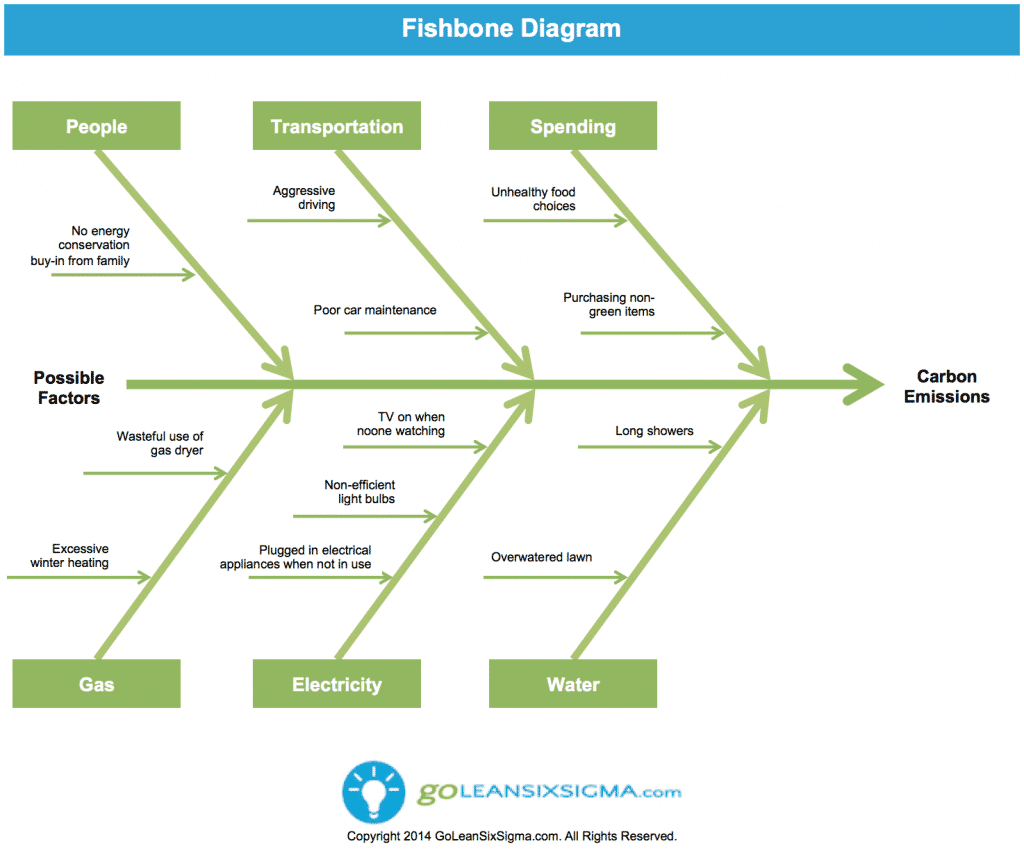 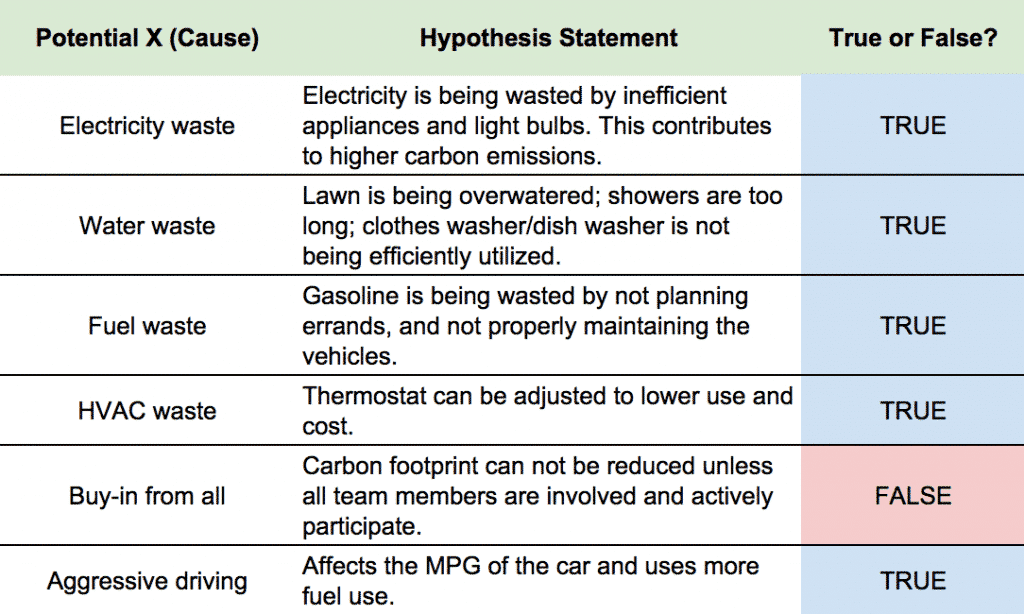 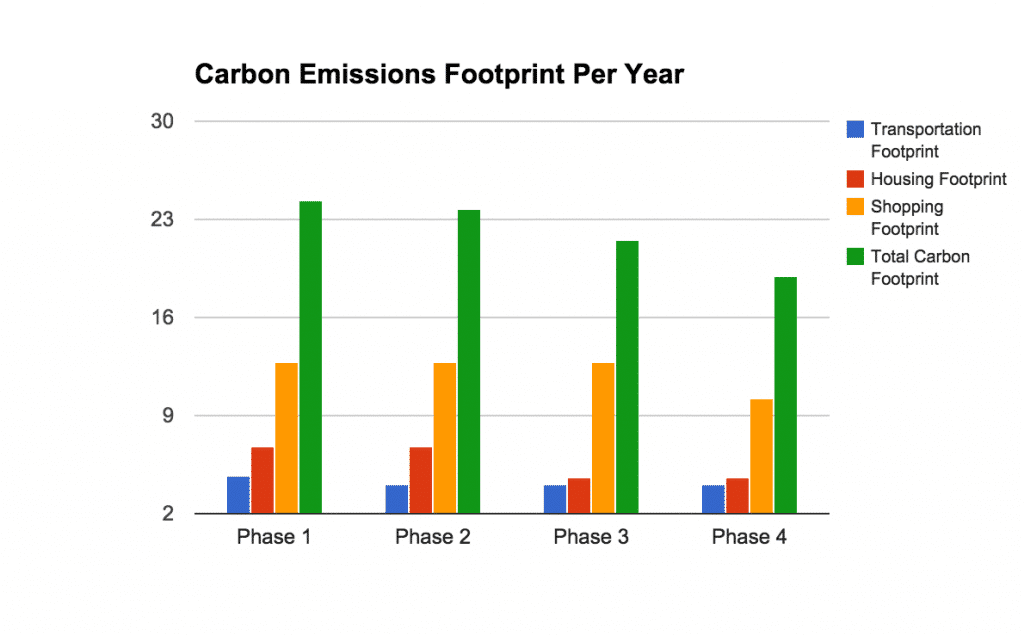 A 7% reduction in carbon emissions can be achieved based on three phases of pledged improvements in the following categories:

Other savings and emission reduction may be realized if other options are explored such as telecommuting to work, vehicle upgrades, purchasing Energy Star appliances and reducing air travel.

How are you reducing power consumption? Tell us in the comments below! Register for Green Belt Training & Certification and being saving money while reducing your carbon footprint today!