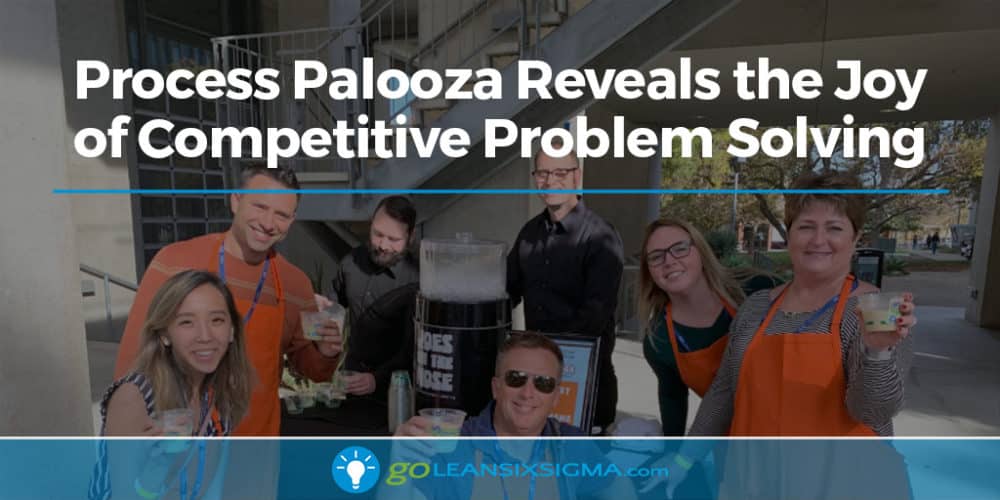 Everyone exhilarates at the sight of people competing in sports. Imagine instead of a ring or a track, it’s a ballroom. Instead of Mike Tyson or Usain Bolt, visualize Lean Six Sigma professionals. And instead of boxing or sprinting, picture these professionals competing to streamline processes!

I am Dhara Parekh, a Project Management Student at UC San Diego Extension and a Green Belt and today I am giving you a tour one of one of the best events in town. The Lean Six Sigma (LSS) Race is nothing short of a spectator sport. Add a layer of riveting events and you get Process Palooza – the 2nd annual UC San Diego gathering that is not only nationally recognized, but uniquely international.

Bear in mind, there’s an extra ounce of confidence in my words since I am now holding a Green Belt Certificate in my hand. I was a mere student when I first entered this LSS Race, which is why it was intimidating to walk through the entrance of the Price Center Ballroom on the morning of December 12th, 2018.

Volunteers in beautiful turquoise T-shirts teemed in the hall outside. Not all of the terrific 183 volunteers were on the floor, but their hard work and efforts were evident in the form of spectacular organization and arrangements.

I signed up at the desk to collect my team badge and bag of goodies. I was assigned to the Black Team set to compete with five other formidable opponents: The Green, Blue, Orange, Yellow, and Turquoise teams.

There was a special breakfast arranged for the competitors in a separate room. I am snatching this great opportunity to call it the “Breakfast of Champions.” Scrumptious baked goods, hot breakfast burritos, parfaits, assortments of fresh fruits, and coffee and tea lined the table. I gravitated towards my Black Team’s table where my teammates had begun to roll up their sleeves and pull up their socks.

Any gathering that starts with a loud cheer is an event worth looking forward to. The LSS Race started with an enthusiastic chant of, “Process Palooza!” orchestrated by one of the Emcees, Tracy O’Rourke from GoLeanSixSigma.com. Mojgan Amini, the Director of Process Management & Continuous Improvement at UC San Diego followed Tracy by sharing words of motivation before the kickoff of the great race.

Any gathering that starts with a loud cheer is an event worth looking forward to.

The bell rang to kick off the battle between 36 competitors — all sitting up straight at their respective team tables. We were all living a game of our own. Armed with our Yellow, Green, and Black Belt certificates, we dove into our recently assigned processes.

While three of the teams worked on a Healthcare process, the other three teams, including mine, worked on a Fleet Services process. Both processes included real goals, a business case, a problem statement, and data alongside fictionalized process actors who showcased the story from the user perspective. In this high-tech era, it was refreshing to go ‘old school’ with whiteboards to map out our application of DMAIC.

In this high-tech era, it was refreshing to go ‘old school’ with whiteboards to map out our application of DMAIC.

It was astonishing how we mingled and worked with a diverse group of strangers on a process we knew nothing about. But that’s where Lean Six Sigma comes in. All you need are powerful continuous improvement tools and a team and you are equipped to chisel into the nooks and crannies of an existing process. The teams used tools such as Value Stream Maps, Swimlane Maps and Ishikawa Diagrams to work out different phases of process improvement. We were also provided with the a Lean Six Sigma expert “lifeline” for some limited consulting.

Then surfaced a bigger challenge than the competition itself. We had to stay focused while a world of events unfolded around us. As we were dissecting our processes with our teams, hundreds of people capered through the ballroom taking advantage of the booths, projects, and displays set up for them.

Keynote speakers held forth and raffle prizes worth a total of $14,000 were announced over a particularly loud microphone. Basically, everything that could distract a human being was taking place throughout the competition. In fact, that turned out to be the most thrilling part of Process Palooza. It was like a Coachella for process nerds.

We realized how intense and engrossing the competition was when we were unsure if we wanted to have lunch or continue bettering our process. Mind you, there were boxed lunches, hot pizzas, and organic Bahama Bistro smoothies to seduce us. 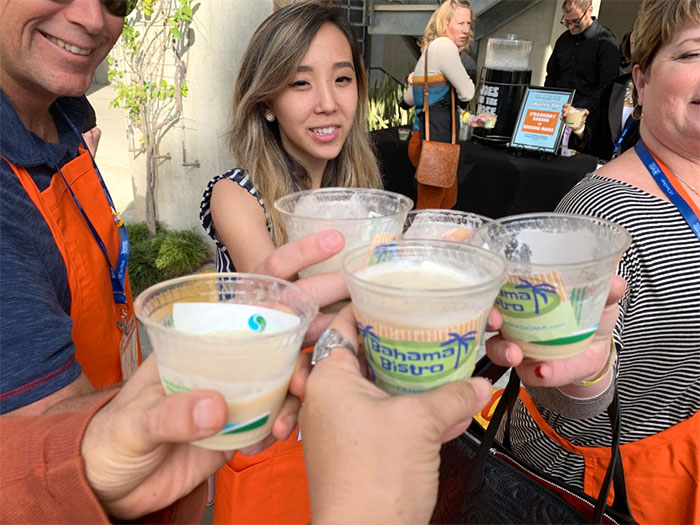 Alas, four short hours later, the bell rang and we had to drop our sharpies. All competitors were sequestered which gave us a chance to catch our breath. My teammates clicked peppy pictures, colored walls, and literally cartwheeled. Such was the intoxication. The judges proceeded to call the teams back to the ballroom one at time where we were given ten minutes to present our process improvement to six judges and process owners. We also got the chance to vote for the best competitor on our team.

While the winners were being decided, the raffle turned into an impromptu round of trivia. The prizes ranged from Padres tickets and wine bottles to books and mugs.

“How many defects per million opportunities is associated with Six Sigma?”

And that’s how you win a huge alphabet letter draped in candies.

I was disappointed to not win “Best Team” as the Yellow team won the Healthcare process and Turquoise team won the Fleet Services. But since my terrific teammates chose me as the “Best in Team,” I got the chance to walk up to the stage and claim a prize.

It was surreal how the room was pumped and crowded until the end of the event. What impacted me most about Process Palooza was its unbelievable energy. The vivacity of the ballroom came from people in suits, blazers, dresses and aprons (yes, the competitors wore aprons!) prancing around and talking to like-minded people, sharing ideas, and creating a community of their own. As a student and a beginner in this field, I could have never imagined working together on a team comprised of a Black Belt, high-level managers, and immensely experienced professionals.

What impacted me most about Process Palooza was its unbelievable energy.

Along with a heap of gifts and prizes, which actually made me stumble while walking, I came home with a renewed sense of zeal and accomplishment. It was a wonderful and unique experience.

I would like to thank the sponsors, the event planners, the attendees, the emcees, the volunteers, the participants, and everyone who made this wonderful event possible. Missing this year’s Process Palooza would be the biggest defect in the process of your professional life. There, I said it!

Missing this year’s Process Palooza would be the biggest defect in the process of your professional life.

Dhara Parekh is currently a UC San Diego Extension student pursuing Project Management and Digital Marketing. She has a Bachelor’s in Hospitality from India, an MBA in Food Business Management from France, and a Lean Six Sigma Green Belt from UC San Diego. As an aspiring science-fiction author, she reads, writes, and breathes books. When her fingers aren’t prancing on the keyboard, she loves settling on her couch and devouring sci-fi movies, rock music, and Wikipedia.
Poll
Need great pricing for your team?
Get a Quote
[templatera id="117317"]
Copyright GoLeanSixSigma.com - All Rights Reserved
Cart
Search