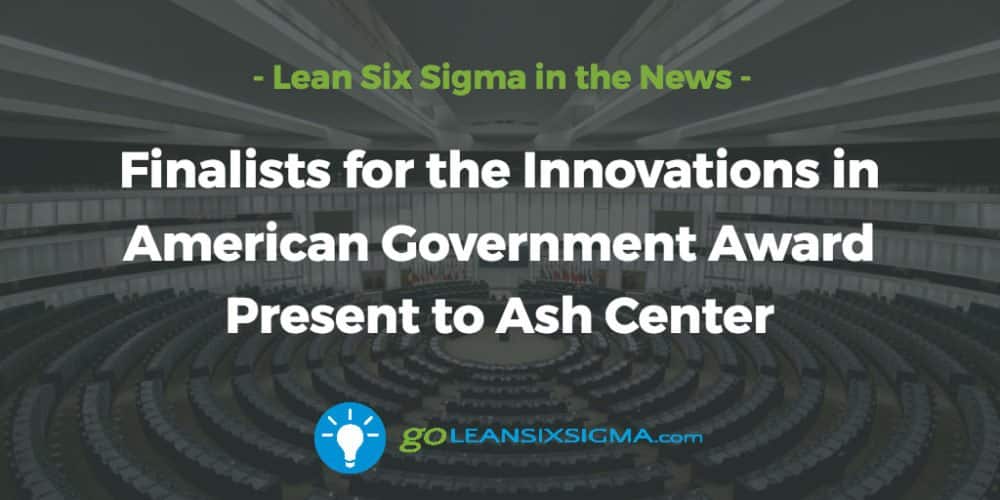 “These practitioners from state, local, and federal government agencies from across the country represent the most innovative programs tackling issues of social and economic inequality and mobility.”

The seven finalists are listed below:

Read More at Ash Center for Democratic Governance and Innovation.

As our Operations Assistant, Darion supports GoLeanSixSigma.com's day-to-day operations, enabling our Team to deliver exceptional service to our clients and learners.
Poll
Need great pricing for your team?
Get a Quote
[templatera id="117317"]
Copyright GoLeanSixSigma.com - All Rights Reserved
Cart
Search