Paymentshield is one of the UK’s leading distributors and administrators of insurance. But after 20 years of success, the leadership team saw an opportunity to improve their already stellar customer service. They challenged the Operational Excellence Coordinator, Diane Leatherbarrow, to make a 10% improvement for their Customer Services department. The result? Four areas that resulted in an average of a 69% improvement!

As a certified Green Belt, Diane was confident she could meet the leadership challenge by bringing Lean Six Sigma process improvement into Paymentshield. After some investigation, she discovered GoLeanSixSigma.com’s Yellow Belt Training & Certification and brought it to her management team. She asked her colleagues to get their Yellow Belt Certification and identify opportunities for improvement within their individual processes.

The team loved GoLeanSixSigma.com’s training, which helped build momentum for process improvement by empowering them to be fully onboard and enthusiastic about improving their process. 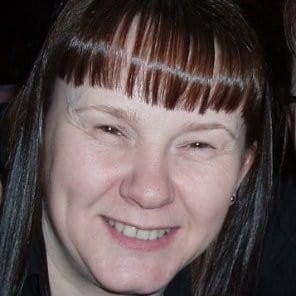 Specialist Support Policy Team Leaders Laura Farrell and Clare Henderson identified 17 potential efforts within their area. To start, they chose four of these focus areas to work through each of the DMAIC Phases to streamline their process.

Diane worked with Laura, Clare and a total of 26 other Yellow Belt candidates to vet the selected projects and supported them through the Lean Six Sigma Training. She met with the team in between online training sessions to supplement their learning with hands-on workshops covering selected tools.

The combination of the Yellow Belt Training and Diane’s interactive training sessions proved to be dynamic and effective:

“Diane planned, designed and delivered the training around GoLeanSixSigma.com’s Online Training Course and really brought it to life with her many interactive sessions.” – Sharon Robinson, Colleague

The teams hit a few snags early on.

The team of 26 candidates completed their GoLeanSixSigma.com Yellow Belt Training & Certification and saved a total of 10% in costs for 2016. Their improvements continue today.

The “Manual Letter” project addressed how long it took to get letters to customers. It was a laborious process involving dozens of steps, lots of typing and 7 to 8 days of wait time for the customer.

The team spent three months mapping the process, performing Value-Added Flow Analysis and removing waste. They initially got the cycle time down to three days.

But they weren’t done! In the spirit of the “Pursuit of Perfection” they did a few more rounds and six weeks later they were able to send letters “on demand.” Customers were happier and the staff was free to cross-train and add value elsewhere.

Word spread and more colleagues became interested in the work Diane completed in bringing Lean Six Sigma to life. To keep everyone “in the know,” the team created the Paymentshield wall board, situated in the Customer Operations area. The board provides a visual way to communicate success to the rest of the business. The team updates the board on a weekly basis and shares:

The Paymentshield Wall Board below highlights the team’s success for 2016 which spurred them on to greater heights in 2017. 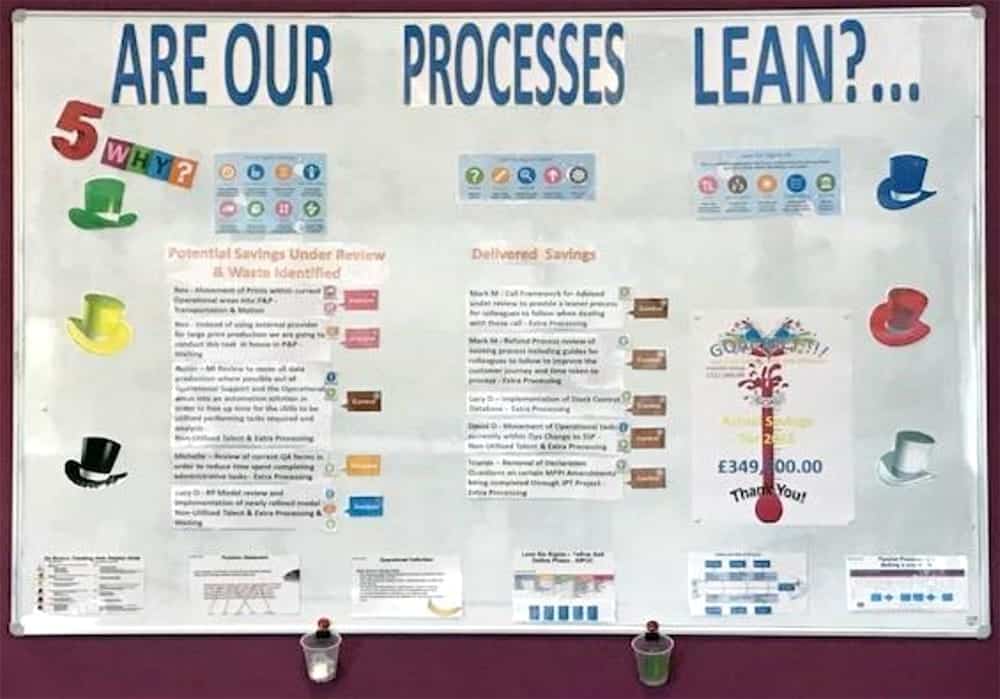 A Space for Broader Support

The team also meets weekly in something called a “Lean Surgery,” which is a drop-in center for problem-solvers to collaborate. Team members meet to discuss status updates on their projects and to support each other in streamlining their efforts. The Lean Surgery is increasingly popular and helps spread the process improvement culture throughout the organization.

“Team members often try to go straight into the Improve Phase, so the weekly Lean Surgeries help to keep them from jumping to conclusions,” said Diane Leatherbarrow. “Lean Six Sigma’s DMAIC methodology provides a structured problem-solving framework that GoLeanSixSigma.com’s online courses helped our team understand. I asked them to follow the DMAIC Phases and complete the appropriate documentation, i.e. Problem and Goal Statements, Fishbone and Hypothesis etc. to ensure they were set up for success.”

Leadership Gets Into the Game 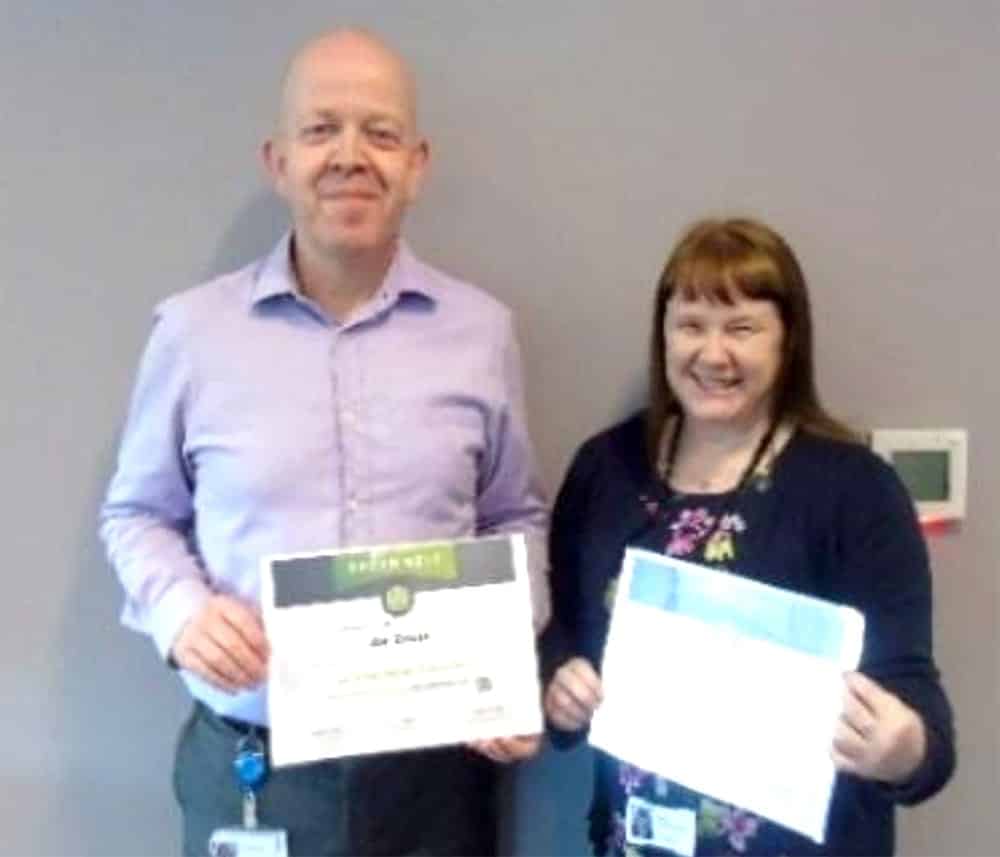 The three certified Yellow Belts with the top certification scores received a special award and their own martial arts Yellow Belt!

A couple of the Lean Six Sigma Certified team members set up a Gallery Walk which showcased seven Lean Six Sigma success stories from various areas within Customer Operations/Services. Photos below illustrate the interest this demonstration generated at Paymentshield’s Summer Conference. The projects were a great way to help the company celebrate their success, announce mid-year figures and let colleagues from other areas of the business know what to expect in the next six months.

“The success that Lean Six Sigma helped us achieve really had everyone buzzing who visited the Gallery.”

“Quite a few colleagues took away information about the White Belt course and were quite keen on trying this out for themselves.”

Taking the Show on the Road 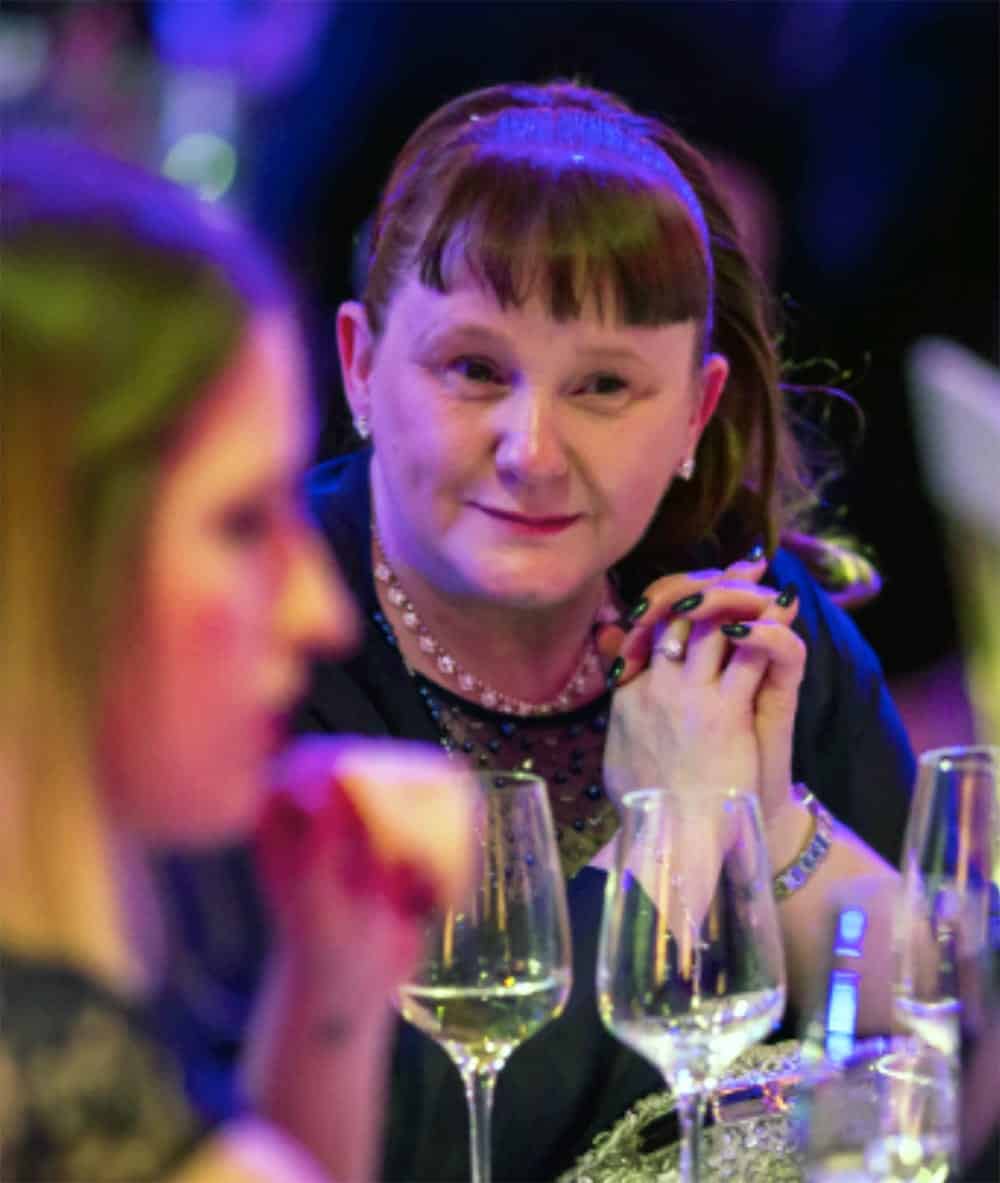 Diane was also a finalist at the Towergate Spotlight Awards held in London in April 2017 for the category of “Innovation.” This nomination recognized Diane for her introduction of Lean Six Sigma into the company and for her continued support.

Sharing Success With Another Organization

Not content to keep the benefits to themselves, Paymentshield hosted a visit from a local organization who recognize and award Call Centers in the North West for their Quarterly Forum. Members of the forum got together to see why Paymentshield was nominated for a number of awards and how they successfully won a number of categories at the award ceremony.

Diane Leatherbarrow & Shirley Maden can be seen educating members of the forum on their Lean Six Sigma success. The Lean Board was a great indicator of how they embedded a powerful culture of continuous process improvement around the ‘Lean Wall Board.’

Diane and her team continue with their improvements and the program has continued to grow. The combination of GoLeanSixSigma.com’s online training, Diane’s interactive training sessions and the “Lean Surgery” support center has created lasting momentum and a true problem-solving culture. Stay-tuned since we’re sure to hear more from Diane Leatherbarrow!

Start your free trial to any of our courses or speak with our experts today!