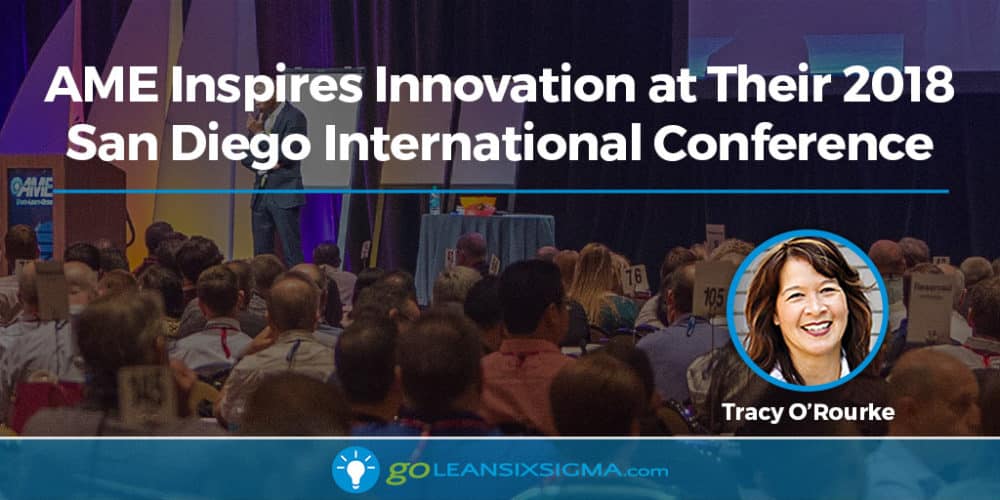 There are so many reasons why I love attending industry conferences:

At the end of most conferences, I feel energized and lucky to be there.

The recent AME “Create Waves of Excellence” Conference in San Diego, California did not disappoint. Not only was it well run and solidly organized, it provided lots of options to expand your mind. They arranged tours, offered interactive sessions and set up networking opportunities throughout the four days.

The keynote speakers at this conference were exceptional. Below are some keynote highlights:

Jeremy Gutsche, CEO of Trend Hunter kicked off the conference with a focus on the barriers to innovation. He sees current thinking as more dependent on past decisions than we think. He stressed that throughout history people have rejected great ideas because they were too different or unusual. People can’t wrap their minds around the unconventional.

He mentioned innovators throughout history who were not only rejected but insulted. Jeremy said that Walt Disney was told, “you lack imagination and good ideas,” which is hilarious in hindsight. Thomas Edison, Alexander Graham Bell and Walt Disney were all rejected and insulted, and those were just a few of the maligned innovators he pointed out.

Jeremy noted that innovation is listed as a top priority for 97% of CEOs. They want innovation, but struggle to break from familiar paths.

Jeremy riveted the crowd. His charisma and dynamism energized us all to reconsider our approach to innovation. As part of his presentation he shared a link for a free assessment to determine your level of innovation and he shared free resources with AME conference attendees that I’m happy to share it with you!

Liz Wiseman was another excellent keynote speaker. She is the author of Multipliers: How The Best Leaders Make Everyone Smarter, and her goal was to inspire us to be better leaders.

She challenged the audience by asking:  “What kind of leader are you? Are you a Multiplier or a Diminisher?”

A Multiplier is a leader who energizes others and makes them feel empowered. With Multipliers, creativity and collaboration flow, and problems are solved. Multipliers inspire employees to stretch themselves and as a result, they surpass their own expectations.

A Diminisher is the type of leader who believes they are the only genius in the room. They are convinced they have all the great ideas. As a result, they stifle others and deplete the energy of those around them.

Liz provided a video outlining the difference between Multipliers and a Diminishers in more detail.

Liz also believes that leadership exists on a continuum. It’s not as simple as saying someone is a good or bad leader. Most of us have good intentions about leadership and we probably believe we exhibit Multiplier Tendencies most of the time. In reality we may be exhibiting more Diminisher tendencies than we think. She shared an insightful assessment as a great way to identify potential Accidental Diminisher habits in spite of our best intentions.

Using Liz’s assessment, I discovered that my Accidental Diminisher tendency is “Always On.” I tend to be high energy and an eternal optimist which has the potential to make people who report to me feel exhausted. She shared some tips and techniques to counteract this particular Diminisher tendency as well as other tendencies in the assessment. Thanks Liz!

Billy Taylor, the high-energy, Senior Operations Executive from GoodYear, easily galvanized the crowd. He challenged us to be comfortable with the uncomfortable if we want to be more innovative.

Billy’s example of the VanMoof Bike Company provided a great window into the power of imagination in problem solving. The Amsterdam-based bike company shipped their bikes to customers, but they were often damaged during delivery. This happened so frequently their stores were full of refurbished bikes they had to sell at a discount.

What did they do? One of the co-founders had a great idea. They printed a picture of a TV on the shipping box with the picture of the bike inside the TV. This instantaneously reduced the damage rate by over 70% — the delivery teams thought there was a TV inside, not a bike. It worked. Ingenious! 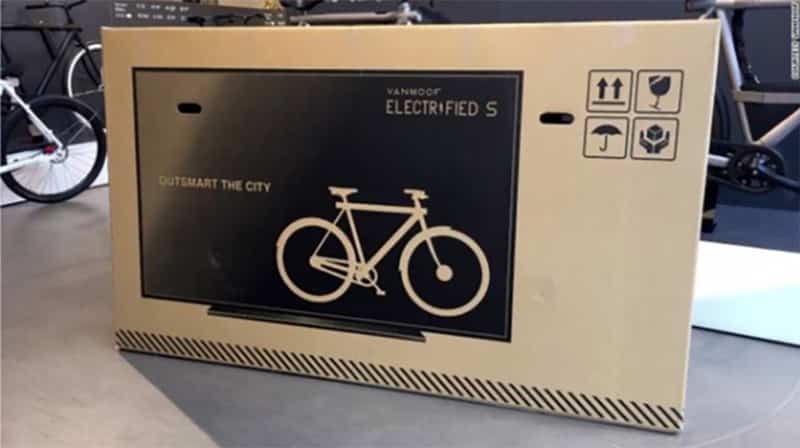 Billy Taylor’s other focus was the problem with Key Process Indicators or “KPIs.” He shared what he sees as the issue with KPIs by using dieting as an example. In order to lose weight, some people just stand on the scale and stare at the resulting number of pounds. But focusing on the metric alone doesn’t change anything. It requires focus on KPAs or Key Process Actions that instigate change. Don’t focus on the KPIs alone. Focus on KPAs instead.

Another exceptional keynoter was Ivan Joseph, an athletic director and author of “You Got This” which is listed as one of the ten best TED talks with 14+ million views.

Dr. Ivan Joseph opened his keynote with the 1997 Apple commercial “Think Different.” It starts with, “Here’s to the crazy ones, the misfits, the rebels, the troublemakers…the round pegs in the square holes…the ones who see things differently…” Check it out. It’s an inspirational message about the power of being different. It’s clear that the ones who are crazy enough to think they can change the world…do!

Ivan Joseph’s primary message was about self-confidence and building successful teams.  He shared this piece of advice: “If you want to have a high performing team, you need task cohesion and social cohesion.”

Task Cohesion is what most teams strive for: It’s the skill & ability to do the task at hand whether alone or with others; Actions are completed, communication is solid and roles are understood.

Social Cohesion is what many overlook: It refers to groups working to ensure the well being of all its members. A cohesive group:

Ivan points out that Social Cohesion can be measured by the observable number of fist pumps, high fives or other social gestures. Social cohesion is just as important as task cohesion when building high-performing teams.

Tania Katan was a firecracker! I loved her! She is the author of Creative Trespassing: How to Put the Spark and Joy Back Into Your Work and Life. One of her fans said, “Tania Katan – creative powerhouse, innovative thinker, purveyor of hilarity and fun – offers unique and valuable tools for bringing more creativity into your life.” Amen to that. 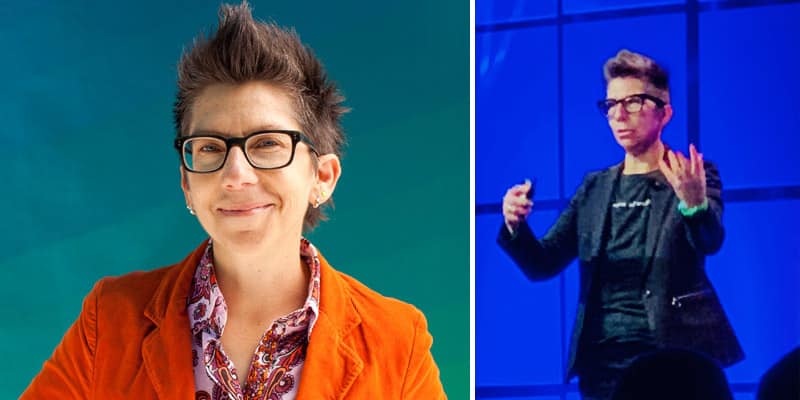 She shared a provocative thought about taking the symbol recognized all over the world, the image indicating a women’s bathroom, and viewing it differently. She shared the story that transformed how she viewed the logo. She challenged her colleague Sara by saying, “I don’t think she’s wearing a dress,  I think she’s wearing a cape!” They drew it out and once they saw it, it couldn’t be unseen.

The It Was Never A Dress campaign was born and went viral in 3 days. Tania says, “When we see women differently, we see the world differently.” 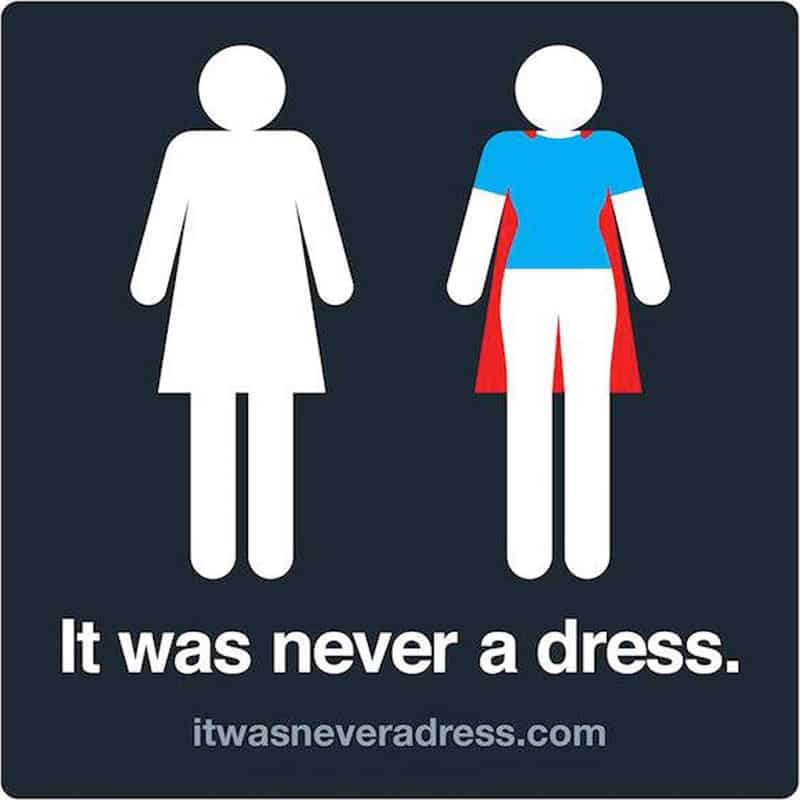 In summary, the 2018 AME Conference in San Diego was a wonderful event with exceptional keynote speakers! I didn’t get a chance to see all the keynotes but I certainly wanted to!

Thank you AME for bringing such phenomenal speakers into our arena. They put an exclamation point on the conference this year, and I look forward to the AME Conference in Chicago in 2019.

Tracy is a Master Black Belt at GoLeanSixSigma.com, the co-author of The Problem-Solver’s Toolkit and co-host of the Just-in-Time Cafe. She is also a Lean Six Sigma Green Belt Instructor at UC San Diego and teaches in San Diego State University’s Lean Enterprise Program. For almost 20 years, she has helped leading organizations like Washington State, Charles Schwab and GE build problem-solving muscles.
Poll
Need great pricing for your team?
Get a Quote
[templatera id="117317"]
Copyright GoLeanSixSigma.com - All Rights Reserved
Cart
Search