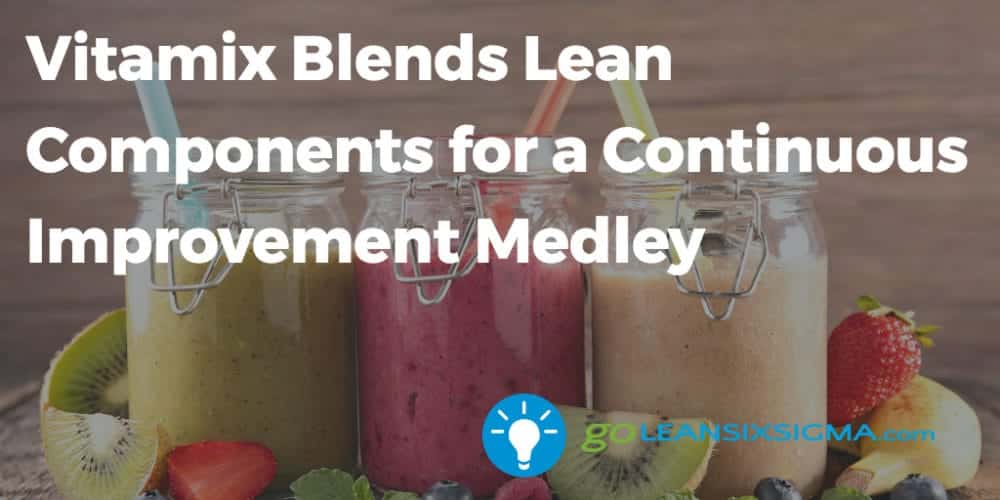 Vitamix, a high performance blender company, has been consistently making double-digit growth for the past seven years. Vitamix Lean Manager, Eric DiMalanta, began implementing lean principles in an effort to sustain the gains the company has made thus far. Instead of hiring more employees alone, DiMalanta took action the “lean” way and used his current employees, along with new hires, to have a more effective impact. Since 2013 Vitamix has seen a 45% growth and DiMalanta said that lean has played a major role in that.

As our Operations Assistant, Darion supports GoLeanSixSigma.com's day-to-day operations, enabling our Team to deliver exceptional service to our clients and learners.
Poll
Need great pricing for your team?
Get a Quote
[templatera id="117317"]
Copyright GoLeanSixSigma.com - All Rights Reserved
Cart
Search