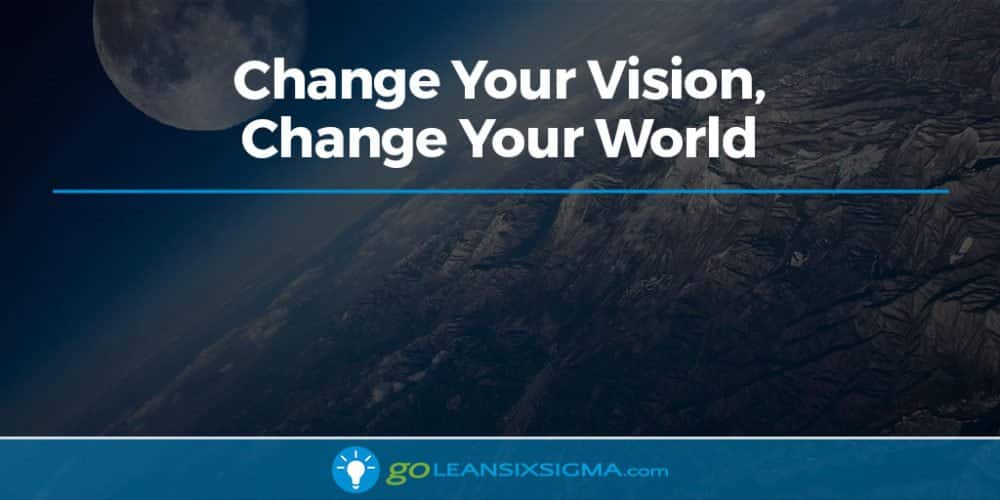 The American philosopher William James wrote that vision is the great fact about a person. While vision may range in scope and efficacy from person to person, its lure remains a constant. We all want vision. Once we have it, we seek ways to gain and amplify vision. We demand vision not only of ourselves but especially of those who would dare to lead us.

Despite our desire for vision, we have learned to distrust vision. We can be so wary of vision that we do not accept it until its cash value has been demonstrated beyond refute. By the time we are ready to accept vision as reliable, what was once vision is more properly referred to as common sense, i.e., the accepted way in which things are done.

Our distrust is not a new phenomenon. Plato described a similar dynamic over two millennia ago. Within the Allegory of the Cave, found within Book VII of The Republic, Plato described a group of prisoners chained in place. As a result of their chains, the prisoners’ vision was restricted to the wall in front of them. The prisoners, as humans will do, made sense of reality through interpreting the data they were given in a way that made sense to the group. In this case, the data consisted of shadows cast by fire; the prisoners found ample meaning through making sense of the shadows. Their knowledge and their vision were at home among the shadows.

One prisoner, after being freed from the cave, soon saw beyond mere shadows to the objects themselves. He dwelled not in the limited light afforded from a single fire burning in a cold, deep cave but in the warmth and brightness of the source of all light, the sun. The freed prisoner attained a height and clarity of vision rarely witnessed. Even more so than any other iconic example of extraordinary vision, his was a vision that overflowed with the promise of disruption and innovation. He had become what we call a “game-changer.”

He returned to those still imprisoned and informed them of what he had seen. He asserted that they were mistaking shadows, pale abstractions of lived reality, for reality itself. The prisoner and his vision were rejected promptly. The equivalent of a termination “due to cause” occurred and the prisoner left the cave in order to pursue career opportunities elsewhere. If the setting were current, the prisoner most likely would have promptly moved to California and explored entrepreneurial-level ventures.

Typically, when we first experience the unfolding of the drama within the allegory, we cast ourselves in the role of the freed prisoner. We want to distance ourselves from those who lack vision; within allegory, we reject the group of prisoners at they represent those without vision. But where does our lived alignment dwell? Are we more like the one with vision, the freed prisoner, or those who reject vision, the group of prisoners?

We are quick to cast ourselves in the role of the freed prisoner yet, in practice, we rarely question the group or how the group makes sense of it all. Our view, like those chained in place, tends to remain fixed. We want the chains to be removed, we want to believe the freed prisoner – we need vision – yet we accept readily the comfort and predictability of the chains.

For those of us willing to admit an alignment with the group of prisoners, two questions are offered that may help us understand how to better align our perspectives with those who have vision so that we may begin working towards positive change:

Please share your thoughts – we’d love to hear them!

Kurt Stuke is a quality manager for AdeccoUSA and a Lean Six Sigma Black Belt. He holds a doctorate in leadership as well as master degrees in philosophy and theology.